Divided We Stand, United We Fall

From the August 2015 edition of the SCENE

The night Scott Walker officially announced his presidential candidacy, I had a dream (nightmare?) I was watching his inaugural address on Fox News in January of 2017. In the dream Walker became the first incoming president to ride a Harley in the inaugural parade. Below are his remarks as they were spoken in my dream:

Chief Justice Roberts, all Real Americans, and others: today we continue an inaugural tradition as old as the Republic itself. What we do today is possible only because our Founders had the wisdom and courage to articulate and fight for Big and Bold ideas.

I thank President Obama for his service. I also thank him for resisting calls from so called environmentalists that he boycott this inauguration due to my pledge to make good on my campaign promise to issue as my first Executive order the removal of solar panels from the White House. Thank you President Obama.

You see our Founders did not bother with climate change, but they did change the political climate from hot tyranny to cool liberty. So much did they love liberty that they were willing to legally define nonwhite southern workers as 3/5 of a person to get it. That controversial 3/5 compromise was what I call 18th century cool; a Big and Bold idea proving that our Founders respected the sovereignty of each of the 13 original states more than they did any dictates from Washington.

Big and Bold ideas like the 3/5 compromise, or the Manifest Destiny resettlement of natives to make room for our Real American ancestors, or the expansion of American power and influence abroad, or President Reagan’s refusal to back down in his confrontation with arrogant striking air traffic controllers, or my own state’s abridgement of the tyranny of collective bargaining, have been lambasted by critics as divisive. Such critics do not understand the profound role division plays in accelerating the progress of the states. 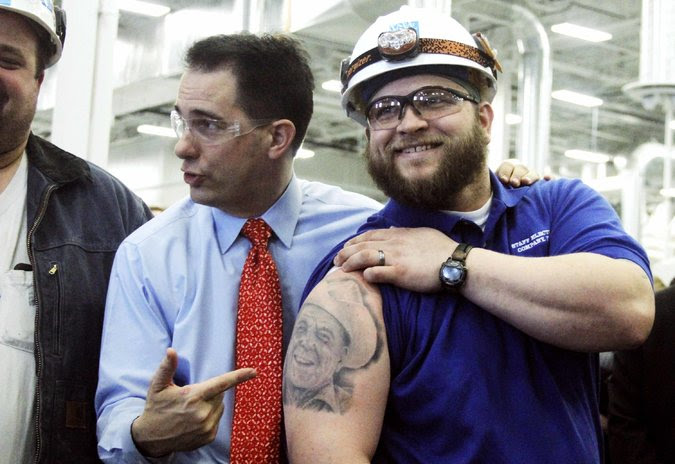 Indeed, our Founders and all Real American leaders since are often pictured as standing for some kind of vague principle of national unity. You don’t needa college degree to know what’s wrong with that picture: vague unity is undependable, puts mushy cooperation ahead of vigorous competition, and ultimately makes us weak.

Division is dependable. Division works. It creates a critical mass of US always wary of and willing to fight the attempts of THEM to transform our traditional American values.

Our first Republican President, Abraham Lincoln, is a remarkable example of a decisively divisive leader frequently miscast as obsessed with unity. Two years before becoming president, Lincoln said “I do not expect the Union to be dissolved -- I do not expect the house to fall -- but I do expect it will cease to be divided.” Yet he then went on to become the most divisive chief executive in history, presiding over a civil war that killed hundreds of thousands of Real Americans over an issue that deeply divided the nation for many generations. 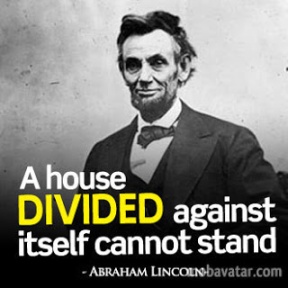 Does your state want to define what marriage is and who can participate in that most sacred of unions? You now have a well-wisher in Washington.

Does your state want to be freed from onerous federal regulations of air and water quality that degrade the desire of job creators to compete in the global economy? You now have a well-wisher in Washington.

Does your state want complete control over voting rights, including the power to pass the strictest possible voter identification laws? You now have a well-wisher in Washington.

Does your state want to expand gun ownership rights to any and all people the state sees fit? You now have a well-wisher in Washington.

As regards foreign policy, there too we call on the 18th century for guidance. In the Declaration of Independence Jefferson condemns King George III for not protecting the colonists against what he called “the merciless Indian Savages, whose known rule of warfare is an undistinguished destruction of all ages, sexes and conditions.”

Today’s merciless Indian Savages are ISIS and their sympathizers. Our administration will reject any attempts to rationalize ISIS as somehow a product of the actions of American behavior in the Middle East or some other alleged injustice that creates terrorism. Our administration will stand for the principle that terrorism is caused by terrorists. Period.  We will wage a liberty crusade ready and able to pit our well-armed 18th century principles against ISIS’s twisted dreams of a 7th century style caliphate. We will win. They will lose.

Will the liberty crusade be divisive? Yes, as will our Big and Bold domestic reforms. But fear not, because following in the tradition of our most noble ancestors, we draw inspiration from the knowledge that Divided We Stand, United We Fall.

Thank you and God Bless America.
Posted by tony palmeri at 2:16 PM 1 comment:


Educating for the Public Sphere

From the July 2015 edition of the SCENE
A majority of American adults avoid participation in public discussion of issues. Given that so much of what passes for public discourse is infected with the twin poisons of prepackaged partisan talking points and mindless put downs of opposing views, avoidance behavior should not be surprising.

Unfortunately, citizen withdrawal from the public sphere has real consequences. When uncontested bad ideas dominate, policy makers feel empowered to make them into law.The fact that the 400 wealthiest individuals on the Forbes 400 list have more wealth than the bottom 150 million Americans combined is a testament to the power of narrow monied interests to get “reverse Robin Hood” economic policy ideas taken seriously.

How can people become more engaged in solving the problems caused by an unhealthy public sphere? Clearly education has to be part of the solution. As a teacher in a Department of Communication at UW Oshkosh that states as its mission helping students to “find their voice,” I am always looking for ways to encourage public engagement. The rest of this rant describes a Seminar I taught in the spring of this year designed to provide students with some tools necessary to analyze and evaluate discourse in the public sphere, and hopefully “raise the bar” for such discourse when choosing to enter that sphere themselves.

The Seminar was called “Rhetoric in Action.” At the most basic level, rhetoric is the “art of persuasion.” The goal in the course was to expose students to writers in the public sphere for whom persuasion is the major purpose for writing. Newspaper op-ed writers represent probably the best example of the kind of persuaders I had in mind, so I assigned each of the 22 enrolled students a writer that they followed all semester. The assigned writers were Paul Krugman, Thomas Friedman, David Brooks, Maureen Dowd, FrankBruni, Gail Collins, and Ross Douthat of the New York Times; Leonard Pitts, Jr. of the Miami Herald; Dana Milbank, Eugene Robinson, Kathleen Parker, Katrina vandenHeuvel, Jennifer Rubin, Richard Cohen, E.J.Dionne, Jr., GeorgeWill, and Charles Krauthammer of the Washington Post; Meghan Daum and Doyle McManus of the Los Angeles Times; Ezra Klein and Matt Yglesias of Vox.com; and John Nichols of the Madison Capital Times.

My main criteria in selecting the writers were: (1) the writer needed to be engaged consistently in writing about major public policy issues, (2) the writer needed to write for a mainstream source, and (3) the writer needed to have a substantial following. Obviously many writers meet those criteria, so I tried to arrive at a balance of liberal, moderate, and conservative voices. My own familiarity with the 22 writers was also a consideration; knowing about the writers in advance made it easier for me to determine if students were representing them accurately in their assigned papers for the course. 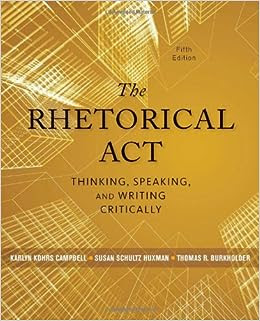 The course textbook was The Rhetorical Act:Thinking, Speaking, and Writing Critically by professors Karlyn Campbell, Susan Huxman, and Thomas Burkholder. The writers conceptualize a successful rhetorical act as one that employs the resources of evidence, argument, organization, and language to overcome challenges making persuasion difficult. Those challenges arise from audience (they often misinterpret messages and are resistant to change), subject and purpose (subjects can be complex and saying yes to the purpose might cost too much), and the rhetor him or herself (a writer’s prior reputation might get in the way of accepting his or her current argument).

Students wrote many short papers analyzing how their assigned writer tried to overcome specific rhetorical challenges, leading to wonderful classroom discussions about public issues and the manner in which mainstream writers frame them. As the semester went on most seemed to be disturbed by how little the writers address issues of concern to young people; debt, lack of enough good paying jobs, and the environment to name just three examples. I found myself reminding them frequently that the answer was simple: write and speak about the issues you care about. Make a commitment to the public sphere.

The final assignment was a lengthy paper requiring the student to evaluate his or her assigned writer based on artistic quality, effectiveness, accuracy, and/or ethics. These were some of the most intelligent and enjoyable papers I’ve read in a while. A good number of students were drawn to the ethical standard, which looks favorably on rhetoric that promotes social harmony and unfavorably on that which promotes discord. One student told me that a politiEthics.com website would be more valuable than politiFact. I told her she should start it.

As a result of this course, one student was motivated to publish his own op-ed (on the topic of student debt) for the student Advance Titan newspaper. Another submitted her final paper (arguing that the NYT’s Frank Bruni weds a sense of comic, tragic, and history like a modern Shakespeare) to the Oshkosh Scholar journal of student scholarship.

Like the majority of liberal arts courses offered at the UW, “Rhetoric in Action” provided students with a meaningful opportunity to think critically about civic responsibility. Such opportunities make it more likely that graduates will pay critical attention to what is going on in Madison and Washington. Perhaps that is why so many politicians want to reduce the UW mission to mere concern with job skills.
Posted by tony palmeri at 5:16 PM No comments: