Media Rants: The Not So Invisible Mann


From the March 2013 edition of The SCENE

The Not So Invisible Mann

Dr. Michael E. Mann, Director of the Penn State Earth System Science Center, is best known for the iconic “hockey stick” temperature graph. The Intergovernmental Panel on Climate Change (IPCC) and environmentalists worldwide use the graph to create a sense of urgency around warming. For their efforts, Mann and other climate scientists in 2007 jointly received the Nobel Peace Prize. 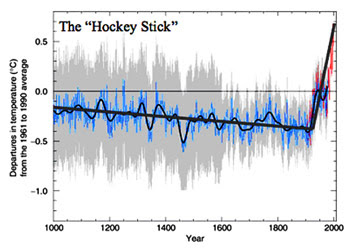 Mann neither denies nor minimizes the impact natural forces have on climate change, but his research provides compelling evidence for the claim that human activities (e.g. increased use of fossil fuels and deforestation) play a major role in raising global temperature. That simple yet consequential thesis (it forces us to reconsider and challenge deeply embedded industrial and energy policies and entrenched interests profiting from them) has made Mann into one of the most vilified scientists in global history. A coalition of right wing think tanks and media outlets, pundits, and politicians, many funded by fossil fuel interests, attempt to discredit IPCC endorsed science and scientists by any means necessary.

In 2009 hackers obtained more than a thousand emails from scientists associated with the Climate Research Unit of the UK’s University of East Anglia. For global warming deniers, the emails were a “smoking gun” proving that warming theories were a “hoax.” Responding to this “Climategate,” 25 leading US scientists sent an open letter to Congress: “We would like to set the record straight. The body of evidence that human activity is the dominant cause of global warming is overwhelming. The content of the stolen emails has no impact whatsoever on our overall understanding that human activity is driving dangerous levels of global warming.”

Climate change “skeptics” aiming for the jugular vein thrive on the fact that most scientists are not equipped for the hardball battle that is contemporary political debate. The vicious and personal nature of the attacks led Dr. Mann to write The HockeyStick and the Climate Wars: Dispatches from the Front Lines (2012). Chapter 15 is titled “Fighting Back.” Mann writes: “. . . climate change contrarians continue to launch hand grenades, the denial machine persists in churning out disinformation, and the attacks against climate scientists-myself included-continue. Yet something is different now. The forces of climate change denial have, I believe, awakened a ‘sleeping bear.’ My fellow scientists will be fighting back, and I look forward to joining them in this battle.” 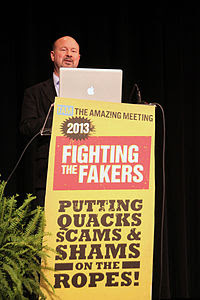 As if trying to test Mann’s resolve, Rand Simberg of the Competitive Enterprise Institute (CEI) along with Mark Steyn and Rich Lowry of National Review provoked a defamation suit. The right wing blogosphere defends these comments as intellectually rigorous contributions to the climate debate:

Simberg: “Mann could be said to be the Jerry Sandusky of climate science, except that instead of molesting children, he has molested and tortured data in the service of politicized science that could have dire economic consequences for the nation and planet.” Further, he accuses Mann of “scientific misconduct” and calls him the “posterboy of the corrupt and disgraced climate science echo chamber.”

Steyn:  Mann “was the man behind the fraudulent climate-change ‘hockey stick’ graph, the very ringmaster of the tree-ring circus.”

Dr. Mann is considered to be a public figure, even though most outside the pundit universe, if they even recognize the name, might know “Michael Mann” as the director of “The Insider” and “Public Enemies.”  Given his public figure status, to prevail in a defamation lawsuit Dr. Mann has to show “actual malice” on the part of the defendants. The New York Times v. Sullivan (1964) standard defines actual malice as making a false statement about another “with knowledge that it was false or with reckless disregard of whether it was false or not.”

The actual malice bar is high, which is why public figure defamation suits are rare. Yet two DC Superior Court judges found that Mann’s suit should go to trial.  Last July Judge Natalia CombsGreene wrote: “There is sufficient evidence presented that is indicative of ‘actual malice.’ The CEI Defendants have consistently accused Plaintiff of fraud and inaccurate theories, despite Plaintiff’s work having been investigated several times and found to be proper. The CEI Defendants’ persistence despite the EPA and other investigative bodies’ conclusion that Plaintiff’s work is accurate (or that there is no evidence of data manipulation) is equal to a blatant disregard for the falsity of their statements. Thus, given the evidence presented the Court finds that Plaintiff could prove ‘actual malice.’”

The case could conceivably be settled out of court, but a trial would accomplish what mainstream media have been unwilling or unable to: demonstrate for all to see that Dr. Mann’s research follows accepted scientific methods, makes reasoned claims supported by evidence, and is endorsed by overwhelming majorities of independent climate scientists.

National Review (NR) was founded by the late William F. Buckley. In his prime Buckley would have invited someone like Mann to participate in a public debate. His NR heirs unfortunately prefer cheap shots, “gotcha’” reporting, and general denigration of those who disagree. Sadly, those tactics sometimes succeed in making targets disappear from the public sphere. Who needs the grief?

Finally a target is fighting back. Instead of being run into hiding, Dr. Michael has become the Not So Invisible Mann.