From the February 2016 edition of the SCENE

Since 1976 Sonoma State University’s Project Censored has challenged the news media to meet their First Amendment responsibilities. Annually the Project compiles a volume of news stories "underreported, ignored, misrepresented, or censored in the United States.” Walter Cronkite said that “Project Censored is one of the organizations that we should listen to, to be assured that our newspapers and our broadcasting outlets are practicing thorough and ethical journalism.”  Bestselling author and activist Naomi Wolf asserts that, “Project Censored is a lifeline to the world’s most urgent and significant stories.”

Project Censored is famous for its nontraditional definition of censorship, referring to it as “anything that interferes with the free flow of information in a society that purports to have a free press.” They argue that censorship includes not just stories that were never published, but also “those that get such restricted distribution that few in the public are likely to know about them.” 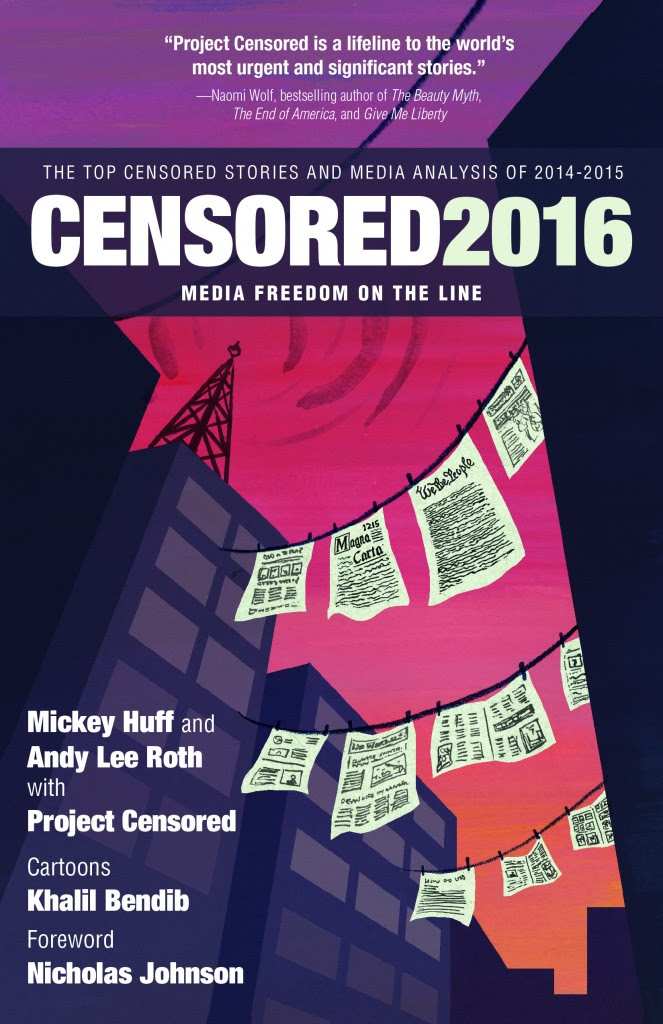 Censored 2016: Media Freedom on the Line (Seven Stories Press) continues the Project’s annual exploration of what a panel of judges determines to be the top 25 most censored stories of the year. The top three are (1) “Half of global wealth owned by the 1 percent,” (2) “Oil industry illegally dumps fracking wastewater,” and (3) “89 percent of Pakistani drone victims not identifiable as militants.” I’d say that #3 is a good answer to the question “why do they hate us?” In fact, just about every story covered by Project Censored is an answer to the question of why there is so much despair and tension in the world. If mainstream media met its responsibility to give the stories proper treatment, we would of course not see an end to despair and tension. But we WOULD see less ignorance and confusion about the causes of trouble in the world, and less ignorance always leads to more positive action on behalf of reform.

Over the years when I have written about Project Censored, some readers have responded by saying that the organization’s approach to censorship seems too conspiratorial. Such readers argue that news media can only cover so much given time and space constraints, and to favor some stories over others probably has more to do with commercial pressures and “giving the audience what it wants” rather than actively “censoring” certain stories. I think there is some legitimacy to that critique; the northeast Wisconsin corporate media wall to wall Packer coverage for 20 to 30 weeks out of the year probably has more to do with a ratings calculation as opposed to news directors willingly dumbing down the audience’s knowledge of critical labor, political, environmental and other challenges facing regional communities. 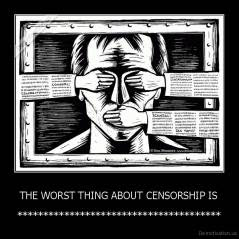 Sometimes censorship is the simply result of journalistic laziness. My spouse Lori and I recently experienced the consequences of journalistic laziness when she decided to take out nomination papers to run in the April election for Oshkosh Common Council. When she took out the papers in December, she was told by the Oshkosh City Clerk’s office that she needed to obtain 200-400 signatures by January 5th. When I asked my friend and former Oshkosh Mayor Paul Esslinger if he could get some signatures, he pointed out that the requirement was actually 100-200 signatures. Republican Senator Rick Gudex and Republican Representative Jeremy Thiesfeldt were able to get the law changed so as to promote the entry of more candidates in city council races. When Lori showed up to get her 120 signatures certified on January 4th, she was told by the Clerk’s office that the requirement for Oshkosh was still 200-400 signatures; for some unclear reason they believed the law did not apply in a place represented by one of its chief sponsors (Senator Gudex).  Even the members of the Oshkosh Common Council we contacted about the signature requirement were not aware of the law. On the morning of January 5th, the Clerk’s office contacted Lori to say that they called the Government Accountability Board in Madison and that in fact the requirement was 100-200 signatures. Lori will be on the ballot in April. We will never know if potential candidates were deterred from running because they were given inaccurate information.

Sure, the Clerk’s office should know the law. But the real problem in my judgement was that the Gannett press, local television and local radio simply did an awful job of reporting on the impending campaign season and the requirements for running. These are the same media who regularly lament the shortage of candidates.

I would argue that the mass media minimization of the enthusiasm for Bernie Sanders’ presidential campaign was the most censored national story of 2015. Sanders has spoken to record crowds, raised huge amounts of money from mostly small donations, and completely shifted the Democratic Party primary debate to the left. He also polls well against any Republican nominee. All that, and yet for the New York Times and other establishment media, Sanders is virtually invisible.

OneNew York Times article quoted a senior citizen Trump supporter who said that “This election is the first in my life where we can change what it means to be a Republican.”  Memo to the Times: the same is true for the Democrats this year—your readers would know that if you would stop censoring Bernie’s campaign! 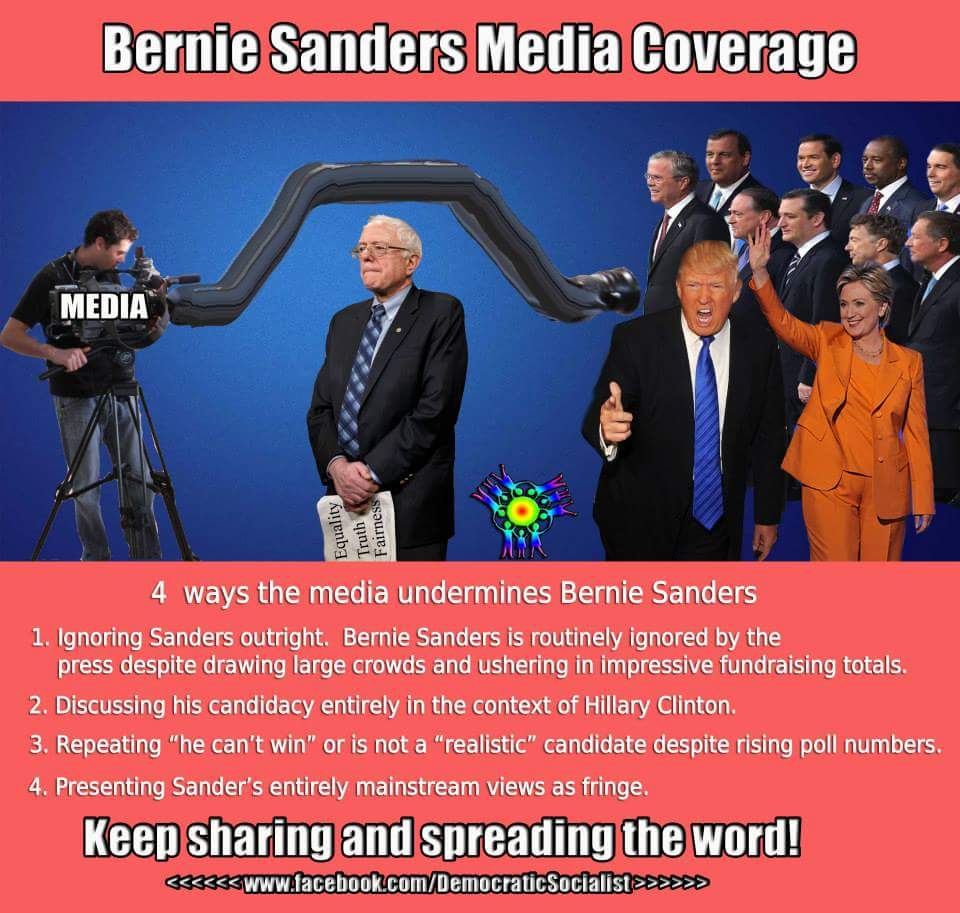 Posted by tony palmeri at 3:19 PM No comments: