From the August 2011 edition of THE SCENE

In 2007 Clive Goodman, a “journalist” for Britain’s sleazy celebrity gossip tabloid The News of the World (NotW), went to jail for illegally hacking into voice mails of the paper’s “persons of interest.”  For 4 years, NotW executives brushed off the hacking as the work of one rogue reporter. Owned by Australian born media mogul Rupert Murdoch’s News Corporation, NotW in 2010 averaged 2.8 million readers per week.

Then last month, the sleeze finally hit the fan; Britain’s Guardian exposed the targeting of as many as 7,000 citizens for phone hacking. Targets included victims of terrorism. Most enraging was the discovery that NotW weasels hacked the voice messages of 13 year old murder victim Millie Dowler. Though NotW had been in circulation for 168 years, public revulsion at the Dowler fiasco led to Murdoch closing down the paper. As I write in mid-July the scandal has already resulted in the resignations of top level Murdoch executives Rebekah Brooks and Les Hinton as well as an array of journalists.  [August 2 update: The Guardian recently exposed NotW phone hacking related to another young murder victim.].

Possible phone message hacking of 9/11 victims, along with allegations of bribing police officers for sensitive information, resulted in United States Attorney General Eric Holder launching an investigation into the News Corporation’s activities on this side of the pond. Murdoch’s Wall Street Journal responded with an outrageous editorial attacking “politicians and our competitors” using the scandal to “perhaps injure press freedom in general.”

Rupert Murdoch is not the first and will not be the last ethically challenged, power obsessed corporate media executive. Yet with the possible exception of William Randolph Hearst, the famed publisher whose “yellow journalism” rags whipped the public into war frenzy and in the 1930s exposed millions of readers to pro-Nazi propaganda, Murdoch is the single most negative force in the history of western media. Since the 1980s, television and print productions associated with the Murdoch brand read like a murderer’s row of exploitation, titillation, free market cheerleading, and right wing proselytizing. In addition to NotW they include “A Current Affair,” The New York Post, The Wall Street Journal, the Fox News Network and many others. Often, as in the case of the New York Post and Wall Street Journal, Murdoch’s ownership transforms once respectable news sources into sensationalist muck (the Post) or a propaganda arm for Murdoch’s market ideology (the WSJ).

Legendary Washington Post Watergate reporter Carl Bernstein, long critical of the Murdoch empire, argues the hacking scandal will surprise “only those who have willfully blinded themselves to that empire’s pernicious influence on journalism in the English-speaking world. Too many of us have winked in amusement at the salaciousness without considering the larger corruption of journalism and politics promulgated by Murdoch Culture on both sides of the Atlantic.”  Not surprised is New York Times media columnist David Carr. His shocking July 17th piece examines the extent to which Murdoch’s empire uses its financial clout to silence critics. News America Marketing, News Corporation’s newspaper insert marketing business “has paid out about $655 million to make embarrassing charges of corporate espionage and anticompetitive behavior go away.”

According to Nation columnist John Nichols, Murdoch has “gamed American politics every bit as thoroughly as Britain’s.”  During a 2003 appearance before the House Judiciary Committee, Murdoch discovered that Republicans on the panel could not wait to kiss his ass. Nichols quotes Wisconsin Congressman James Sensenbrenner as telling Murdoch, “When my wife doesn’t get a good dose of Fox News every day she gets grumpy. So there are some of us who appreciate what you are doing.” Today, Congressional Republicans appear to be in no hurry to investigate Murdoch’s News Corporation. Why risk harming the “fair and balanced” Fox News network’s incessant spewing of GOP talking points?

Given the above, it’s tempting to see Murdoch as the cause of the debasement of political discourse and journalism on both sides of the Atlantic. But that’s too simple; Murdoch more accurately is the most awful symptom of what happens when an unchallenged model of profit-driven media intersects with a weak media regulatory system. Here’s the equation: Unquestioned profit motive + weak regulations = Murdoch’s News Corporation.

Media critic Marvin Kitman’s fine piece in the November 2010 Harper’s (“Murdoch Triumphant: How we could have stopped him twice”) lays out in crisp detail how the Federal Communications Commission (FCC) virtually suspended the Communication Act of 1934 in order to green light Murdoch’s growth plans. Kitman argues that the FCC, when it came to Murdoch, wasn’t a lap dog as much as a lap dancer.

The FCC lap dance happened in the 80s and 90s. Murdoch bought 6 American television stations, but because the News Corporation was Australia based the FCC could have denied licenses on the grounds that the Communications Act does not allow foreign ownership of American stations. The FCC ruled in Murdoch’s favor, and did again when he sought to own a newspaper and television station in the same market.

I learned from Ben Bagdikian’s classic The New Media Monopoly that Murdoch’s News Corporation even owns Zondervan, the largest producer of commercial Bibles in America. When conservative Christians buy a Zondervan Bible, do you think they know they are supporting a sultan of sleaze overseeing a morally challenged and quite possibly criminally corrupt empire? Not a prayer, I suspect.

Posted by tony palmeri at 12:20 PM No comments: 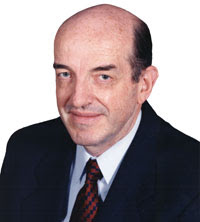 from the July 2011 edition of The SCENE

The Communications Act of 1934 created the Federal Communications Commission (FCC), an independent agency charged with ensuring media owners operate in the public interest. The FCC rarely meets that charge, in part because like other federal regulatory agencies it tends to be controlled and/or coopted by the entities it allegedly regulates. The FCC’s own Working Group on the Information Needs of Communities in a recent report admits as much:

“Over the FCC’s 75-year existence, it has renewed more than 100,000 licenses. It has denied only four renewal applications due to the licensee’s failure to meet its public interest programming obligation. No license renewals have been denied on those grounds in the past 30 years. The current system operates neither as a free market nor as an effectively regulated one; and it does not achieve the public interest goals set out by Congress or the FCC.”

The FCC is run by 5 commissioners appointed by the President of the United States and approved by the Senate. One commissioner is selected by the president to serve as chair. As noted by mediahistorian Bob McChesney, the FCC’s an industry friendly outfit surrounded by corporate CEOs, lawyers and lobbyists; over the years they’ve studiously avoided meaningful input from the public in whose interest they supposedly operate.

In the FCC’s entire history three commissioners stand out for their commitment to the public interest. Newton Minow served as FCC chair from 1961 to 1963. His depiction of commercial television broadcasting as a “vast wasteland” inspired generations of educators and activists to advocate for higher media standards and media literacy as a mandatory part of the school curriculum.

Nicholas Johnson served from 1966 to 1973. Known for his dissent from business as usual at the FCC, Johnson in 1970 authored How to Talk Back to Your Television Set , a classic statement of the perils of corporate media ownership and a prescription for how to fight back.

Commissioner Michael Copps will leave the FCC at the end of this year. Since 2001 he’s been the FCC’s most articulate and principled voice in favor of forceful defense of the public interest. In 2003, when then FCC chair Michael Powell led the ill-conceived charge to ease restrictions on media consolidation, Copps and commissioner Jonathan Adelstein held unprecedented public hearings in 13 cities. They sparked 3 million letters and mass protests. The Powell faction still had enough votes to loosen media ownership rules, but opponents successfully challenged them in court.

With his typical clarity and force, Copps at the National Conference for Media Reform in April of this year sounded a clarion call for continued activism against media consolidation:

“The big money crowd keeps telling us media consolidation has run its course.  Hmm, I wonder if Comcast and AT&T just didn’t get the memo? Don’t believe it for a second; the binge continues. And it’s even more dangerous because they’re now after new media, too, broadband and the Internet, which we all hoped would be the bulwark against more consolidation in radio, television and cable. So now it’s visions of gated Internet communities that dance in their heads.  And to keep reformers at bay, they’ve come up with the rallying cry of ‘Don’t regulate the Internet.’  What they really mean, of course, is ‘Don’t let anyone but us control the Internet.’  So regardless of whether it’s a traditional or new media context, the real question remains the same: will we allow a few huge companies to control consumers’ access to information?  Well, without vastly increased public outcry, the answer is clearly ‘yes, we will.’

Let me ask: Is there anyone here who wants a consolidated, cable-ized Internet controlled by a few corporate gatekeepers?

Is there anyone here who believes new media should suffer the same sad fate that decimated big radio, television and cable?


Is there anyone here who believes our civic dialogue, that precious and essential conversation we have with ourselves to keep democracy alive, can survive any more of this reckless folly?”

Challenging the aforementioned recent FCC Working Group report assertion that American news media is mostly vibrant, Copps says, “Where is the vibrancy when hundreds of newsrooms have been decimated and tens of thousands of reporters are walking the street in search of a job instead of working the beat in search of a story?” Copps has called for at least 3 public hearings on the Working Group Report; as I write this in mid June none have been scheduled.

Copps argues that media reform is not likely absent the creation of a sense of urgency. As he told the New America Foundation: “Knowing that our news and information system is not, right now, supplying the depth and breadth of information a functioning democracy requires for informed decision making, we must push hard for action.  We need to be really engaged on this. . . This is no time to be timid.  There is no need to be deflected or defensive or scared off by those whose vested interests, economic and political, argue against any and all public interest oversight.”

Michael Copps is originally from Milwaukee.  Like every Badger should be, he is informed by a “Forward” mindset. If we had 5 Copps on the FCC, we’d have a more robust, accountable media.
Tony Palmeri (tony@tonypalmeri.com) is a professor of communication studies at UW Oshkosh.
Posted by tony palmeri at 10:24 AM No comments: