by Tony Palmeri
from the February 2012 issue of The SCENE

Since 1976 Project Censored has examined news stories "underreported, ignored, misrepresented, or censored in the United States.” Walter Cronkite once said that “Project Censored is one of the organizations that we should listen to, to be assured that our newspapers and our broadcasting outlets are practicing thorough and ethical journalism.”

Censored2013 (Seven Stories Press) identifies signs of an emerging police state, oceans in peril, Fukishima nuclear disaster worse than expected, FBI agents responsible for majority of terrorist plots in the US, and First Federal Reserve audit reveals trillions loaned to major banks as the five most censored stories of 2012. We do have to give the national press credit keeping us all up to date on celebrity pregnancies, beating the fiscal cliff to death, and making “Gangnam Style” part of the international vocabulary (while minimizing the song’s subversive message).

Closer to home, establishment media now pretend a “local” approach to reporting and commentary that they say features rigorous investigative journalism. Paradoxically, establishment media consumers seem to know less about their local communities than ever before. The reason is that the “local” angle is often mindless cheerleading for pet commercial projects, feel good human interest stories, and shallow coverage of municipal and county government. We know even less about what’s going on statewide and nationally since the lite localism crowds out most everything else.

Given the above, if we take Project Censored’s approach to the news then just about every story worth caring about is censored around here. Below are a few of what were worthy of more and/or much better coverage in 2012.

Censoring Third Parties. Legitimate alternatives to Barack Obama and Mitt Romney could not get a fair hearing in the establishment press. Despite the media shutout, Gary Johnson received more votes than any prior Libertarian Party candidate. The Green Party’s Jill Stein received more votes than any female general election presidential candidate in history. Imagine what Johnson and Stein could have accomplished  with a more ethical media in place? 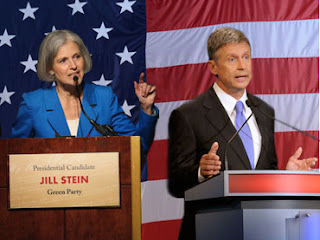 What“We” Pay. Gannett Wisconsin Media’s “hard hitting” investigative journalism includes publishing public employee salary data, some of which (e.g. UW System employees) is already available. No doubt wide release of such data is appropriate and necessary. But obtaining and releasing the data is the easy part; what’s difficult is ascertaining what the data mean. As UW Oshkosh Professor Paul Van Auken noted in a letter to the Oshkosh Northwestern, at least as regards UW salaries it’s problematic to talk about what “we” pay when taxpayers fund less than 20 percent of the budget. In other words the real stories, the censored stories, are (1) the excessive burdens now placed on students and their families to pay for higher education, and (2) the fact that the UW is almost at the point of no longer being able to call itself a “public” institution.


Wisconsin’s Inequality Gap. The nonpartisan Center on Wisconsin Strategy’s “Wisconsin Budget Project”is exactly the kind of methodical, insightful analysis of budget data that the establishment media are now unwilling or not able to do. COWS analyzed Department of Revenue numbers revealing that between 1996 and 2010, the bottom 40 percent of income earners in the state saw their income drop by $2,407 while the richest 1 percent actually had their income rise by $168,773. How is that not a story worth telling over and over again until policy makers do something about it?

So Much From So Few. According to the Wisconsin DemocracyCampaign, just over 2% of our adult population makes campaign contributions in state elections. The fact that the number is 1% in many other states is no silver lining. As usual, WDC Executive Director Mike McCabe hit the nail on the head: “For many years, our nation's motto was E Pluribus Unum. Out of many, one. Now it's more like E Pauci Nimis. Out of a few, too much.”  On a side note, please go to this website today to find out how you can help WDC.

The Trial of Bradley Manning. I was raised during the Cold War, a time when American leaders in the political and press establishments repeatedly told us that the Soviet Union had to be defeated in part because of their intolerance toward dissenters and whistleblowers. Dissidents end up in the Gulag camps, we were told.

The American media’s failure to give prominence to the principles at stake in the trial of Army private Bradley Manning, the soldier accused of releasing classified documents to the whistleblowing website WikiLeaks, is Soviet like in its cave in to state power. Indeed, the New York Times own public editor Margaret Sullivan found it bizarre that the “paper of record” did not even send a reporter to cover the first eight days of Manning’s pretrial hearing. Sullivan argues that the Times had an obligation to be there not just because the testimony exposed the terrible mistreatment of Manning in prison, but also because the documents released to WikiLeaks have provided the Times (and numerous other media sources) with tons of stories.

For readers wishing to keep track of stories marginalized and/or mangled by the mainstream media, I recommend: The International Consortium of Investigative Journalists (www.publicintegrity.org), Wisconsin Center For Investigative Journalism (www.wisconsinwatch.org), ProPublica (www.propublica.org), and World Public Opinion (www.worldpublicopinion.org), and DemocracyNow! (www.democracynow.org)
Posted by tony palmeri at 10:59 AM No comments: