Gettysburg’s Lesson For Today
By TonyPalmeri

I’ve been reading and been disappointed by corporate mainstream daily newspapers for a long time, but it wasn’t until April 26, 2013 that the front page of a tabloid made me physically ill almost to the point of throwing up. On that day Gannett’s USA Today had on its cover a picture of George W. Bush having a good laugh with his daddy George H.W. Bush at the dedication of Bush The Younger’s presidential library and museum. The copy under the picture said, “Living presidents join to hail Bush." 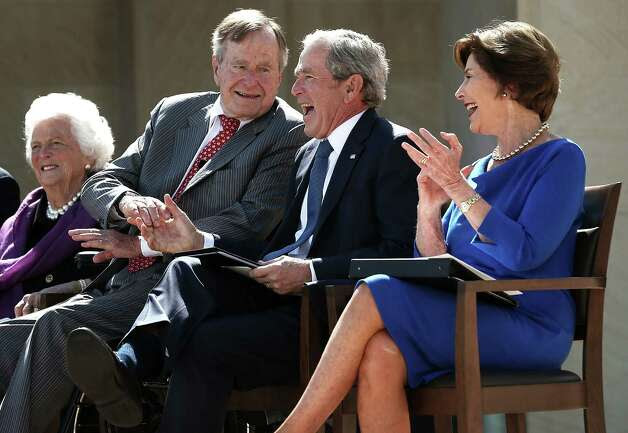 What sickened me was the fact that the Bush Klan Kodak Moment was juxtaposed with a below the fold picture of Ronny “Tony” Porta, a 26 year old war veteran who suffered terrible trauma in Iraq. Headlined “Who’s going to love me now?” the story said “Tony Porta, disfigured in Iraq, has sustained additional wounds at home: stares, pointing, even mocking. For this Marine and many war vets like him, the battle never ends.” The editors somehow thought it appropriate to place Tony Porta’s severely scalded facial features in proximity to the chuckling Bush, yet never saw fit to communicate the fact that Porta’s plight, and the plight of thousands more soldiers and their families, exists as a direct result of the former president’s deceptions and the lapdog media that enabled them.

What is owed Tony Porta and the thousands of victims of the now more than 10 years’ worth of foreign policy death follies? Given that this July is the 150th anniversary of the Battle of Gettysburg, perhaps we could look to President Lincoln’s response to that event for advice.


Historians consider the July 1-3, 1863 Gettysburg campaign to be a turning point leading to a Union victory in the Civil War even though, according to the New York Times, there were more casualties “in the twenty two months of war after Gettysburg and Vicksburg than in the twenty seven months of war that preceded them.”  The Union Army suffered 23,055 casualties and losses at Gettysburg including 3,155 killed, 14,531 wounded, and 5,369 captured or missing. The Confederate number was 23,231 including 4,708 killed, 12,693 wounded, and 5,830 captured or missing.


President Lincoln in his famous November 19th  Gettysburg memorial address could have assured the war weary public that ultimate victory was near; he could have easily offered a 19th century equivalent of “Mission Accomplished.”  Instead, with stunning eloquence he needed just over 270 words to remind his hearers of the great principles underlying the battle:


Four score and seven years ago our fathers brought forth on this continent, a new nation, conceived in Liberty, and dedicated to the proposition that all men are created equal.

Now we are engaged in a great civil war, testing whether that nation, or any nation so conceived and so dedicated, can long endure. We are met on a great battle-field of that war. We have come to dedicate a portion of that field, as a final resting place for those who here gave their lives that that nation might live. It is altogether fitting and proper that we should do this.

But, in a larger sense, we can not dedicate -- we can not consecrate -- we can not hallow -- this ground. The brave men, living and dead, who struggled here, have consecrated it, far above our poor power to add or detract. The world will little note, nor long remember what we say here, but it can never forget what they did here. It is for us the living, rather, to be dedicated here to the unfinished work which they who fought here have thus far so nobly advanced. It is rather for us to be here dedicated to the great task remaining before us -- that from these honored dead we take increased devotion to that cause for which they gave the last full measure of devotion -- that we here highly resolve that these dead shall not have died in vain -- that this nation, under God, shall have a new birth of freedom -- and that government of the people, by the people, for the people, shall not perish from the earth.


Anyone attempting to compose a Gettysburg Address for our contemporary killed and maimed warriors must come to grips with the fact both Afghanistan and Iraq were wars of choice commandeered by administrations involved not in Lincolnesque quests to preserve the Constitution, but in Nixonian crusades to subvert it. Think warrantless wiretapping, torture, extraordinary rendition, expanded drone wars, the virtual criminalizing of investigative journalism, forced feeding of hunger strikers at Guantanamo, the rubber stamp FISA court, and additional abuses associated with the post 9/11National Security/Surveillance State.


Given that context, what do we owe Tony Porta and the war dead? What does it mean today to resolve that they shall not have died in vain? The short answer is this: when soldiers are sent to war by leaders who are themselves at war with the Constitution, our obligation is to take the side of those with the courage to reveal what government is doing in our name. Bradley Manning and Edward Snowden represent just two examples of honorable young men who get the message of Gettysburg in ways the chuckling Bush never could or will. Support them.

Posted by tony palmeri at 11:01 AM No comments: